I am at an interesting point in my writing development, and one that merits some documentation.  I’ve mentioned before how my feelings about Spawn wax and wane, giving me days where I feel like I have a good story that just needs the right coaxing, and days I feel like I have a big pile of learning experiences that nobody else should ever have to read.

Today is one of the latter days.  I’ve finished revising draft 3 [a.k.a. 2.5] through chapter 33, which means I just have 8 chapters left.  I’ve received feedback from my writing group as far as chapter 26, and my pile of “to-do” changes for the final draft (d4) is quite large.  But that is not what is most discouraging.

A few weeks ago I was feeling a little blocked, and I started browsing my “cool ideas” document to get a sense of what my next project might be.  What is on the horizon for me, as I continue to explore this potential career as a writer?  A couple jumped out at once that I liked at the time, and that still resonate well. In the weeks since then, the ideas have started to codify into the beginnings of a new story, a new world, and some really engaging plots.  I am missing one or two sparks, I think, before I can really start looking at the different arcs and building an outline.

The amount of excitement around my new project is quite intoxicating.  Not just because I enjoy the earlier stages more than the revision stages, but because I just have a better sense of how to build a story now, my confidence is much higher that I can do it well.  This is all in contrast to Spawn.

Spawn continues to be anchored by a number of really rudimentary and n00b problems.  I’ll write them out.

I didn’t know my characters well enough before I set out on this project.  I have a document outlining their personality quirks and their attitudes, and yet I rarely follow it.  Why?  Because I can’t.  The characters were forced into roles that I needed for the plot, and the plot was strung together in advance without appealing to the characters.  I just expected them to play along, but they aren’t.  They will be much less interesting if I force them to, which leaves me with two bad options: a) force them into their planned role anyway, and they will be non-believable and single dimensional, or b) give them the life they deserve, but the plot breaks apart and suffers.

Could this be fixed in revision? Yeah, probably.  But I do have to ask myself if it is worth that much effort to save.  In my new project, I am being very careful to plot things out differently.  I am not designing everything around the specific sequence of events I want to tell, instead I am just planning out some major conflicts, and getting to know some characters.  I will let the two develop independently to an extent, and then create my scenes based on the characters themselves.

I’ve also mentioned before how this novel is the great-grandchild of a big bunch or worldbuilding I did some six years ago with the intention of writing a screenplay and then a video game.  The key is, I had this extremely detailed world with specific properties, and then I build a plot that maneuvered around many of those specifics, to the point it can’t really be divorced from them.  I am again left with two bad options: a) Force-feed the readers with very heavy info chapters that fill in all these in-world specifics that explain the nuance difference between X and Y and explain Z, or b) Leave out these details and the plot seems to be full of holes and inconsistencies.  Not good. 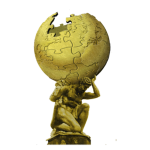 Can this be fixed?  Again, yes I think so.  I would err towards option b, and then do some foreshadowing and dialogue to patch things up… but again, it feels like I am neutering the original creation past recognition.  That isn’t a bad thing in and of itself if the original creation was deeply buried gold that just needed sunlight to glint to its full potential… but that is not what this is.

In my new project, I am planning enough to be interesting, but hinging the plot on as few as possible.  The setting will impact the story because the characters live in that world — it is not necessary to tie each element of the world into the plot in order to showcase it.

All stories revolve around conflict and changes, and a story is the road characters take across those conflicts to reach those changes.  In my new story, I am beginning to lay out the plot around interesting conflicts.  For one character, I have a really great conflict that will hit at about the 90% mark of the story, and another at about the 20% mark.  I have one for the overall plot as well.  I need a bunch more, but the idea is, I am approaching the new story with the lens of “what conflicts do I want to see, and what events will lead up to those conflicts?”  My approach in Spawn was rather different.  I didn’t have any ending points established at all, and I only had a few conflict scenes.  I filled in the rest just to move things along, sometimes nearly randomly.

They are going from Silvius Center to Nerthia… I need something to happen… how about… Onadak Outpost?  That is how that scene got written.  I had no conflicts in mind, no character development in mind, I just needed something to happen.  I went back and shoehorned in some things, based on where I knew the characters were before and where they would be, but it was awkward and didn’t serve the purpose.

If I need Evaya to confront her past, I should set a scene that lets her do that.  Not try to squeeze it into dialogue while a scene that doesn’t matter at all is unfolding.

This one might sound odd… surely descriptions and style can be changed in revision?  Well yes, sure, but this issue is a little deeper.  First of all, I wrote all of this without any idea about filtering or show vs tell, or any of that.  In my particular case, fixing the descriptions means a rewrite of 110K words.  But beyond that, issues from bullet 1, 2, and 3 are bleeding into the page, and in order to wrap a bandage around it, my prose is somewhat forced into the complex.  For example, my characters do not have well developed POV voices… which means I have to work extra hard to get things across that could be much easier.  My world has so many minor nuances that are plot-important, I have to dwell on them in inner monologue, or describe them as being noticed when they seem irrelevant.  This all weighs down the prose.  And in bullet 3, the sometimes artificial progress of my characters needs to be handled in narration because I did not create a scene to facilitate it, and that means more awkward thoughts or strangely fixated descriptions to try and pull things in a certain way for the character.  It all just feels like it has so much inertia.

Good question.  I don’t have the answer yet.  There are several main factors at play here.  First, I really am afraid that if I bail on Spawn now that the going is tough, it will set a precedent that stops me whenever a book isn’t going right.  When I’m thinking like that, I want to push through it just for the exercise.  Second, this has been well over a thousand hours of my life the last year, and there are parts of it that are very good and of which I am very proud. I would like to have more to show for it than just a learning exercise (which it certainly was on many levels no matter what).  Third, there are several other parts of this process (the publishing side) that I will not get to experiment with until I have something finished.  My new story is a year out at least, do I want to wait that long to have anything?

My overall plan at this point is, finish the draft-3 revisions, complete workshopping with my writers group through the ending, and then put the thing aside for a while.  I’ll get a first draft banged out on the new project in the meantime, then revisit Spawn with real distance and more experience, and decide where to go.